I help people build businesses that are sustainable, scalable, and fulfilling AF!

Mandy’s community is filled with Troublemakers + Misfits. We were voted most Unique in High School. We believe that the rules merely exist to maintain the status quo.

We are modern day suffragists empowering our friends to live their lives on their own terms; leave dead-end relationships....jobs, and fight the patriarchy as internet outliers.

In our community, we are having an absolute BLAST creating and utilizing our PERSONAL BRANDS to affect change, make money, and build better communities + lifestyles for ourselves.

Join us! We’re having a blast and we have room for more! 💋 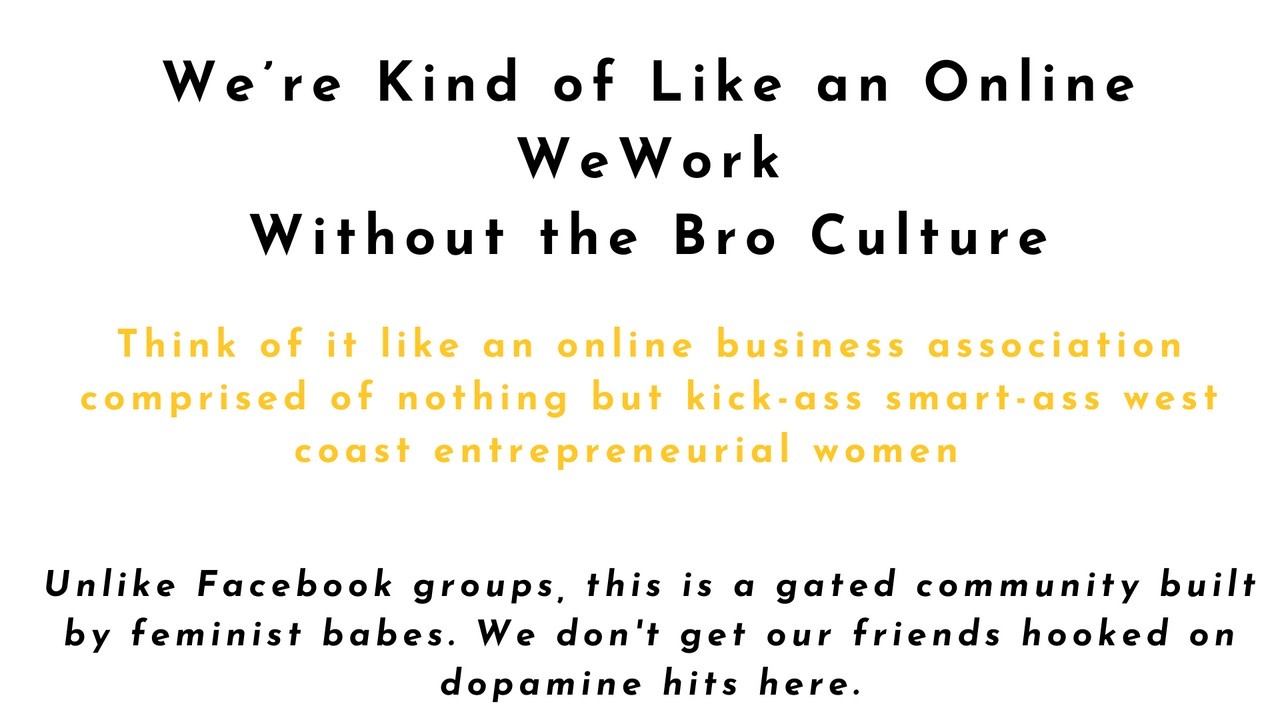 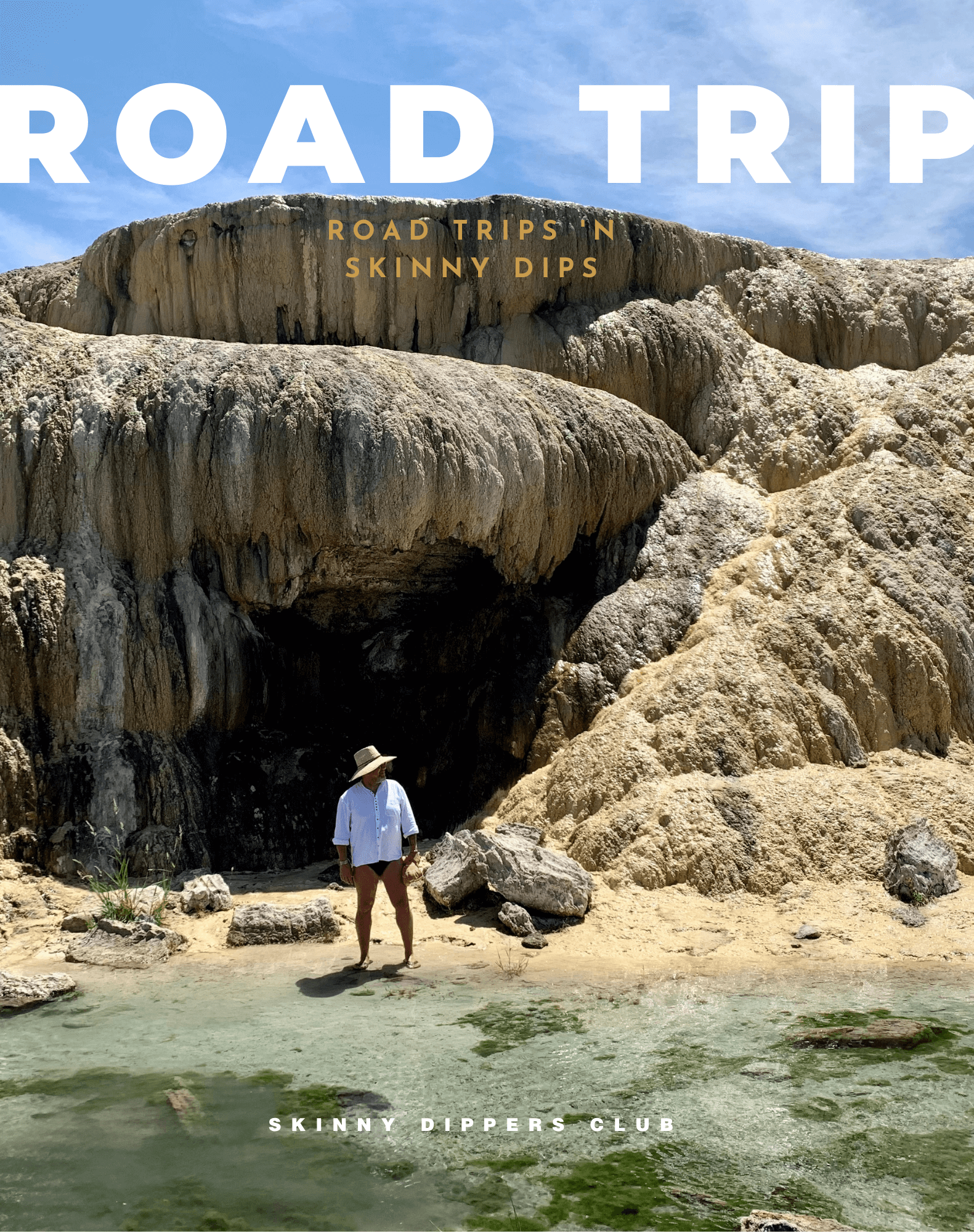 After such an intense 2020 I really found road-tripping to be empowering, meditative and fun!

DISMISS MESSAGE
>> take me to the DOCUMENTARIES 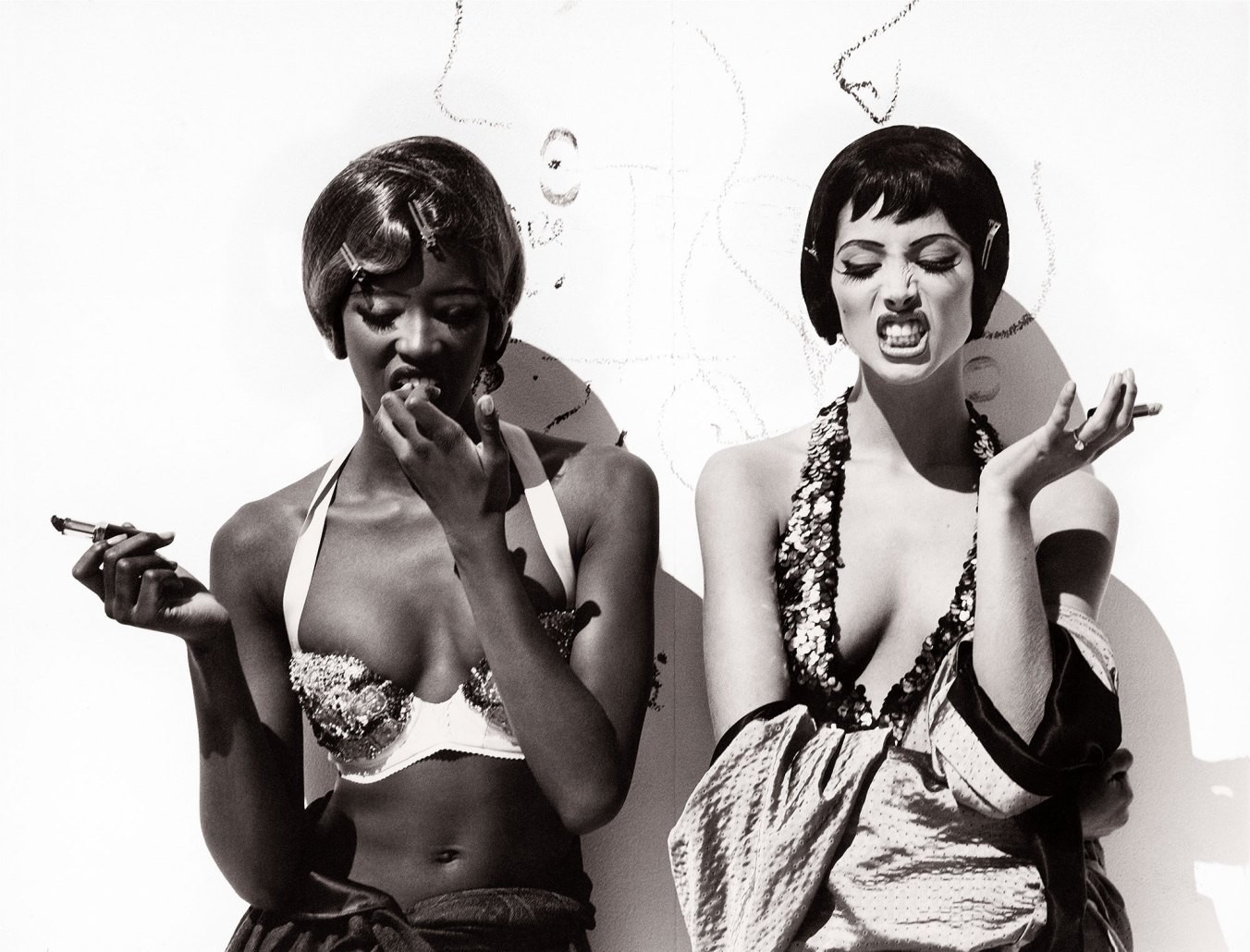 A few years ago I found myself in a Digital Marketing class in Seattle Washington, a city that is home to two of the wealthiest men in America who also happen to be in tech (Jeff Bezos of Amazon and Bill Gates of Microsoft). Looking to be challenged, I signed up to learn to code from two adorable young men - one who had worked directly under Tim Cook at Apple. The other worked for Mister Bezos.

I cried through the entire course. Like, ugly cried.

Grabbing coffee before class meant finding myself in packed Starbucks navigating a sea of lanyard-donning Amazon tech geeks with backpacks.

In true Mandy fashion, I was the one that showed up to our last class with a bottle of tequila in hand to share with my classmates in celebration when two months of tear-stained coding torture finally came to an end.

But right before we could break out George Clooney's spirits, we all would have to get up in front of the class and show what we had produced. Everyone but me had finished with a one-page highly functioning but unattractive website; whereas I showed up with a ten-page look-alike of the Wall Group’s fashionable site. #Flawless

It made me think of that Tom Ford quote, “I thought I was fabulous and everyone else was stupid.” And when I was done I was not only complimented on my site but also on my all-black ensemble, khakis be damned.

While I enjoyed the challenge I felt once again that traditional learning just wasn’t for me, which means if you're reading this it’s probably not for you either. I instead headed online from the comfort of my home where I could wear as much black as I wanted sans judgement, study in my underwear, and start drinking at noon if I was having a hard time sitting still at my laptop.

I created a platform for you. And me, because I couldn't seem to find my people; my Tribe.

One that wants to stretch themselves and grow in ways we never thought capable of ourselves. One where creative learners could not only be praised for our different way of thinking, but kick some serious ass utilizing the unique ways that make us different.

One that is online so I can carry it with me wherever I go like I was able to do when I worked for KEVIN.MURPHY.

One that’s into learning and finds traditional shit to be stifling, and isn't afraid to try something new.

Mandy's community was built on the belief that running businesses can be fun.

We are a global community of like-minded small business owners and right-brained entrepreneurs dedicated to building and maintaining high standards for ourselves, our clients, and our community.

I was having a hard time finding my people - might you be one of them?

>> get on the waitlist 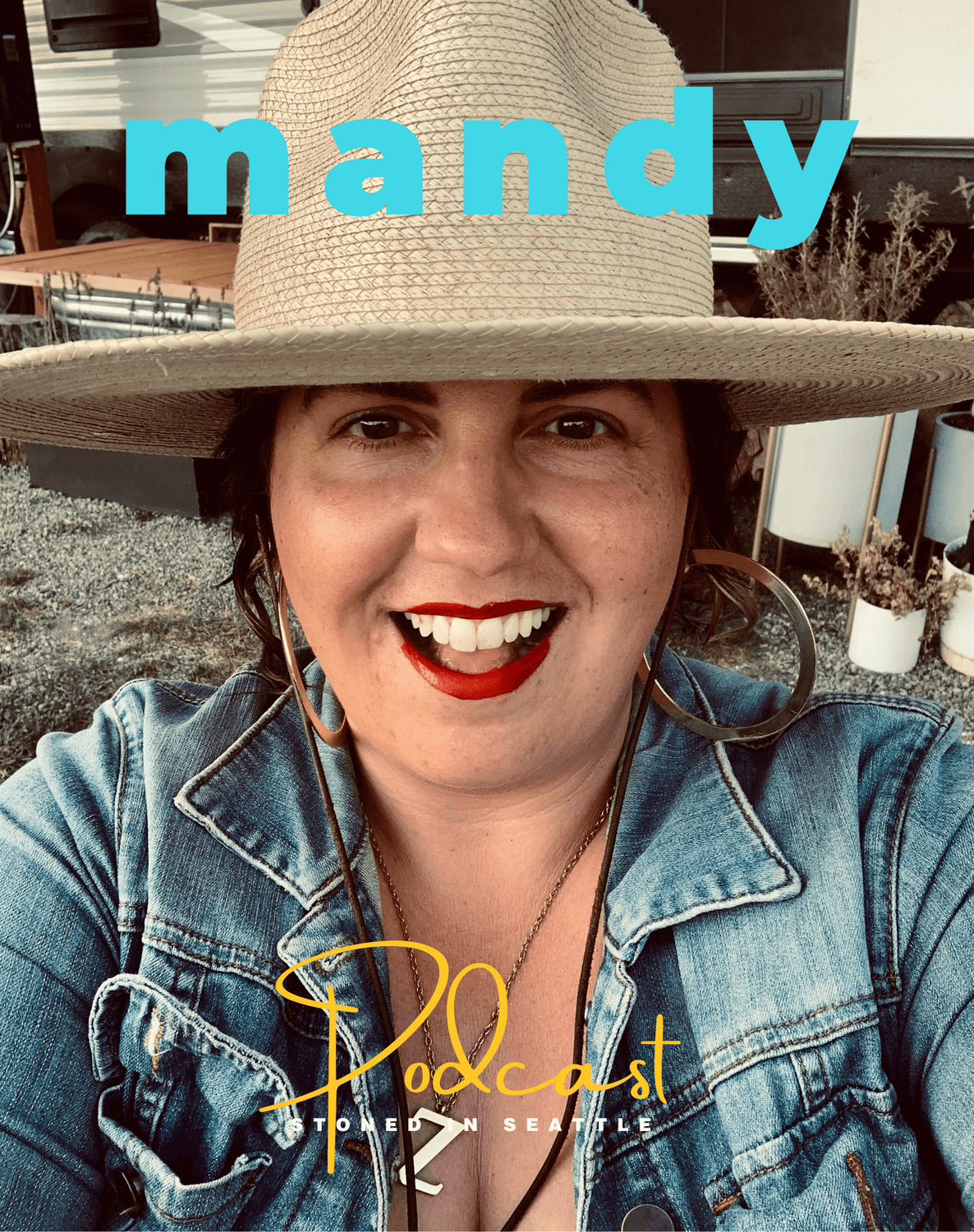 Mandy Zelinka is the former Digital Marketing Manager for global haircare company KEVIN.MURPHY and owned one of the largest award-winning salons in Portland, Oregon. She was also Voted Best Hairstylist in Portland in 2016 by The Portland Fashion + Style Awards.

But she's best known for tobogganing down the Great Wall of China as a United States Diplomat and First Lady of a City.

Ms. Zelinka currently resides just outside of Seattle and was supposed to be a 2019 Alt Summit Speaker but went to a boutique clothing-optional hotel instead.

>> listen to the podcast!
read the BLOG
Close 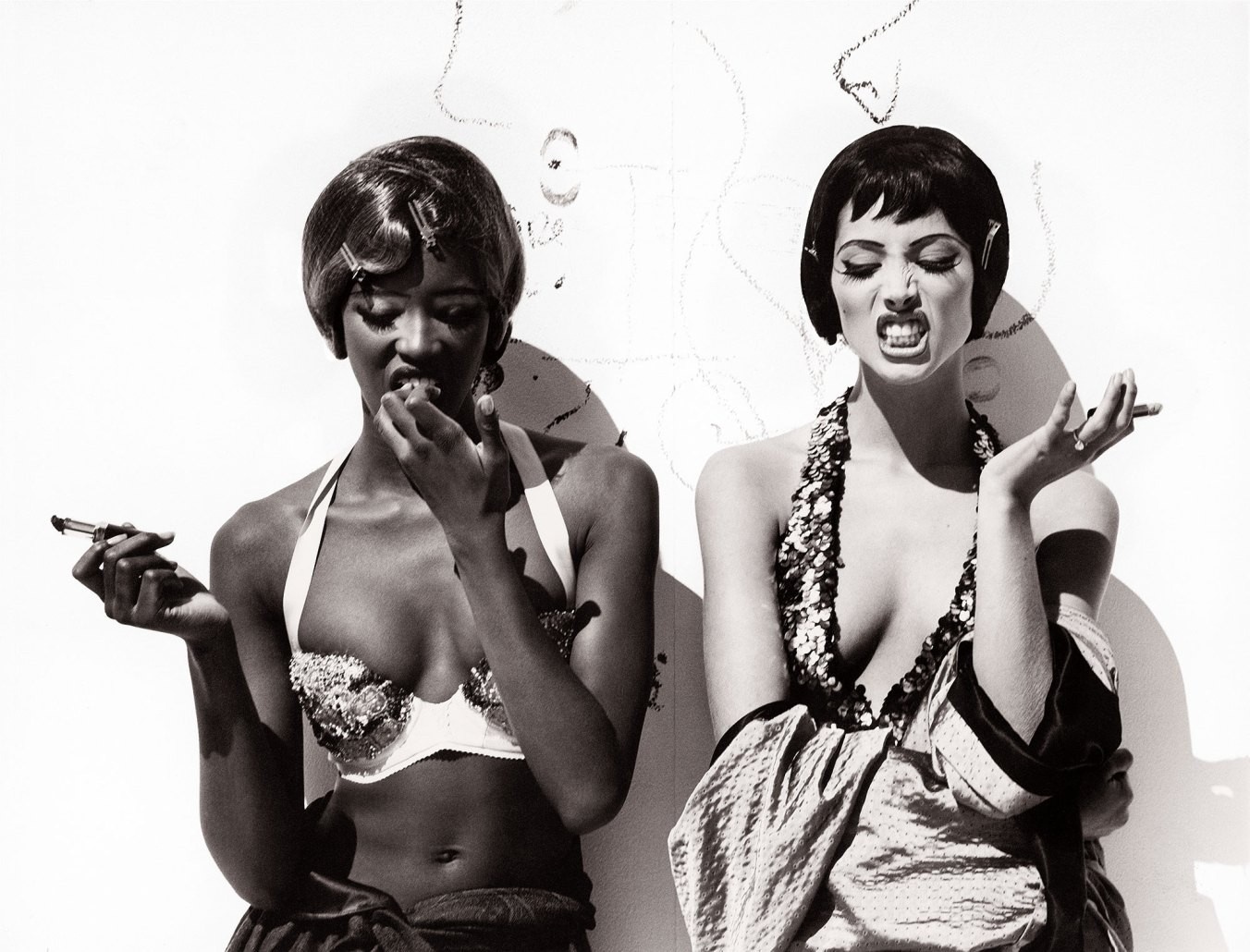 Come Hang out With Us!